One of the strongest advantages GLAD offers in order to improve glycan microarray data visualization, is the ability to filter the data in an instantaneous way.

GLAD allows you to filter data by:

GLAD uses mathematical set and logic operations of unions, intersections and complements to give you Or, And, Not Or and Not And options.

Assume that we are filtering by Glycan Name and the glycan name is made up of A, B, C and D.

The diagram shows what the Or, And, Not Or and Not And options would filter out shaded in blue. 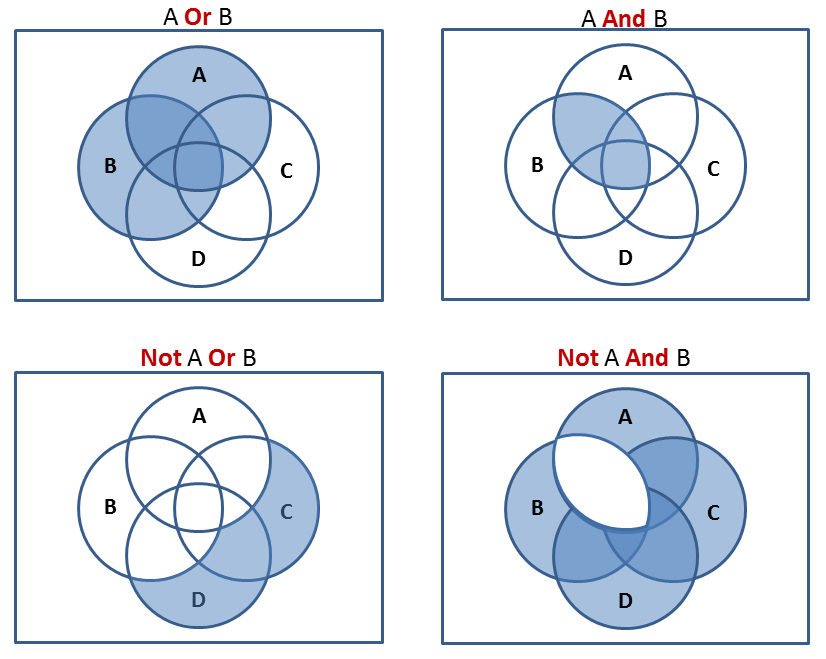 Filter by Cutoff and Filter by Rank

GLAD allows users to filter data by either Cutoff % of top binders or Top rank numbers. The following options need to be filled in: 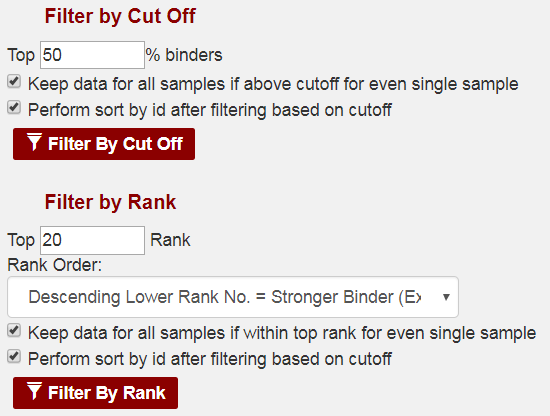 Additionally, the Filter by Rank has an option to chose the Rank Order either:

This depends on how the rank was calculated in excel or other software before.